The Coming of Age 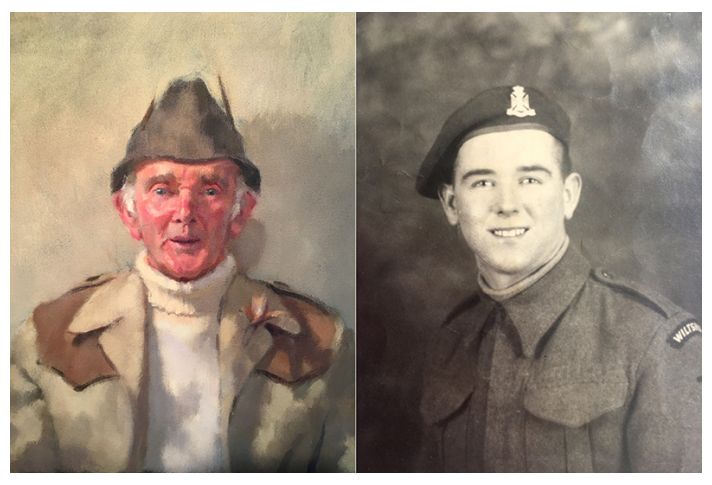 Plymouth Art Weekender 2019 will see the launch of a series of events marking the 40th anniversary of Lenkiewicz’s project on Old Age (1979). We begin with an exhibition at St Saviours Hall (27, 28, 29 September; open daily 11am-6pm, admission free) showing paintings by Louise Courtnell. The paintings are a selection from fifty of Courtnell’s studies of the elderly villagers of Kingsand and Cawsand, poignantly juxtaposed with youthful photographs of the sitters.

In keeping with the general theme of how the experience of ageing has changed over the past four decades, complementing Courtnell’s oil paintings will be previously unseen material from the Lenkiewicz archive. This includes sketches and biographical notes Lenkiewicz made between 1967-69 of elderly neighbours he befriended at his first Plymouth residences, together with the first known studies of vagrants such as ‘Bishop’ (Albert Fisher). In these notes and sketches we see Lenkiewicz deploying his ‘oral history’ method to engage with ‘the invisible people’ in society. In addition, sections of the project notebook on Old Age will be reproduced, giving an insight into the artist’s research.

In the months that follow, the full 40th anniversary project will unfold, under the title ‘A Dance to the Music of Time’. Supported by a £10,000 grant from National Lottery Awards For All scheme to St Saviours CIC (http://stsaviourscic.org/), the events of ‘A Dance to the Music of Time’ will explore Lenkiewicz’s original project and link it to contemporary developments in the lives of the 90+ yrs community in Plymouth.

When Lenkiewicz set out to try to paint all the 100-year olds in Plymouth in 1979 he found very few sitters: there were barely 2,500 centenarians in the entire UK. That number had increased seven-fold by 2018 and has been projected to reach nearly half a million within 50 years, a demographic change that will have profound effects on all ages in society. ‘A Dance to the Music of Time’ hopes, therefore, to start a conversation about old age, a conversation that cannot begin too soon.

Louise Courtnell will give a tonal painting demonstration at St Saviours the weekend after Plymouth Art Weekender. Times and ticket booking will be announced in August here and on the CIC website.